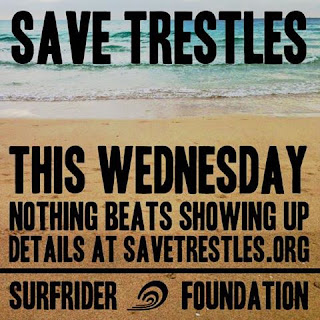 The first five-mile segment of a planned 16-mile toll road through south Orange County and northern San Diego County fails to account for a range of  ecological and economic impacts, according to  a lawsuit filed by the Save San Onofre coalition in May.  The suit asserts that the Foothill/Eastern Transportation Corridor Agency (TCA)’s approval of the flawed toll road project is in violation of the California Environmental Quality Act (CEQA) for not meeting basic environmental review, as reported by Surfline News.

Dan Silver, executive director of the Endangered Habitats League, said that “This illegal segment is a desperate attempt to perpetuate a project which is so contrary to the public interest. TCA’s existing toll roads are a financial disaster, and we shouldn’t throw good money after bad.” END_OF_DOCUMENT_TOKEN_TO_BE_REPLACED