Orange County Supervisors Todd Spitzer and Lisa Bartlett are co-hosting a Holiday Open House on Tuesday, Dec. 16, 2014, from 3 to 5 pm at the Orange County Board of Supervisors’ Hall of Administration, located at 333 W. Santa Ana Blvd., in Conference Room A on the 5th Floor, in Santa Ana.

Refreshments will be served. END_OF_DOCUMENT_TOKEN_TO_BE_REPLACED 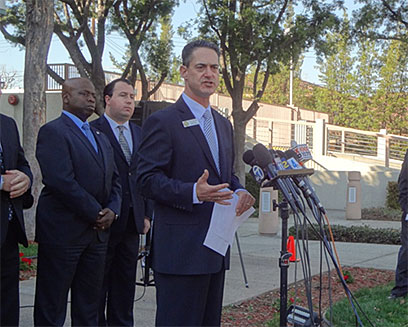 Todd Spitzer’s campaign sent out a mailer absolutely shredding his sole opponent, Villa Park Councilwoman Deborah Pauly.  The mailer is totally brutal and very well designed (by Jim Bieber).  According to Bieber, the mailer was sent to Republican voters in the 68th Assembly District, although Spitzer is running for the overlapping Third District on the Orange County Board of Supervisors.

The hit piece reminds voters about a wild night Pauly had last year. The OC Weekly reported that “on the night of February 5, when Pauly and her husband, James, enjoyed a night out at Mr. Stox in Anaheim. James drove down Katella Avenue and into a Orange Police Department DUI checkpoint run by Officer Armando Plascencia, the Wilt Chamberlain of DUI arrests in California. To evade the checkpoint, James swerved into a driveway, crashed his Porsche onto the curb, and got stuck.” END_OF_DOCUMENT_TOKEN_TO_BE_REPLACED