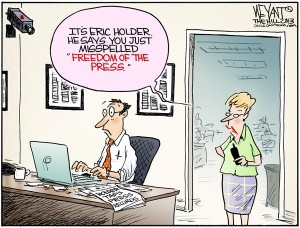 As I document in my new book “A Government of Wolves: The Emerging American Police State,” what we are witnessing, in the so-called name of security and efficiency, is the creation of a new class system comprised of the watched  (average Americans such as you and me) and the watchers (government bureaucrats, technicians and private corporations). What too many fail to realize, consumed as they are with partisan politics and blinded by their own political loyalties, is that the massive bureaucracies — now computerized — that administer governmental policy transcend which party occupies the White  House. END_OF_DOCUMENT_TOKEN_TO_BE_REPLACED

“Wag the Dog” is the political strategy for a national leader to start a military operation to divert negative attention away from him.  In 1997, Hollywood produced a Robert De Niro and Dustin Hoffman movie by the same name about an American President caught up in a sex scandal that decides to start a war in the Balkans to distract the public.  Eighteen months later with President Bill Clinton facing a sex scandal, he started a war in the Balkans.  With embattled President Barack Obama facing a scandal about electronic spying on the private lives of almost every voter in America, it should not be surprising that he would make “A decision to provide lethal assistance,” including weapons, ammunition and air support to the Syrian rebels.  Using the Wag the Dog strategy might have worked in the past, but the mushrooming privacy scandal seems destined to continue to grow. END_OF_DOCUMENT_TOKEN_TO_BE_REPLACED 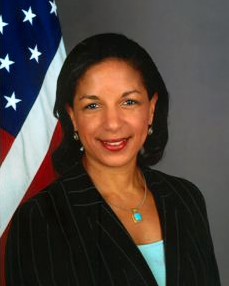 Then-UN ambassador Susan Rice was sent onto five Sunday talk shows to explain the attack and set the story straight.  Though she adamantly blamed an anti-Islamic video called “Innocence of Muslims” for inciting a spontaneous protest, recent House hearings on the Benghazi scandal revealed that Rice’s talking points were completely false.  Not only was the consulate the target of a planned, terrorist attack, this information was no secret to the State Department.  The fact is the explanations released by government officials simply weren’t true. END_OF_DOCUMENT_TOKEN_TO_BE_REPLACED