Despite being convicted of election fraud, a longtime insider and ally of politicians on the Orange County Board of Supervisors has recently been appointed to oversee the County’s elections office.

Longtime political operative Mark Denny, who is the County’s Chief Operating Officer, is now responsible for the Orange County Registrar of Voters office, a nonpartisan County office charged with administering elections and ensuring the public’s access to campaign finance disclosures. Denny pleaded guilty to election fraud in March 1996 in connection with a Republican scheme to manipulate the ballot in an Assembly District election, according to a Los Angeles Times report. He was placed on three years of probation. END_OF_DOCUMENT_TOKEN_TO_BE_REPLACED

By: Shawn Nelson, Chairman of the Orange County Board of Supervisors

(Santa Ana, CA) — Orange County has been recognized by the bipartisan Presidential Commission on Election Administration for best practices, innovation and elections operations in a report recently presented to the White House.

The 122-page report, which examined election operations across the country in 2012, included 19 recommendations for improving the administration of elections nationally. They include expanding voter registration opportunities, improving the accuracy of voter lists, improving access to polling places, employing state-of-the-art techniques for efficient management of polling places and replacing antiquated voting machines.  END_OF_DOCUMENT_TOKEN_TO_BE_REPLACED

On September 5, Alameda County Superior Court Judge Lawrence J. Appel upheld California’s top-two primary system, which has been in effect starting in 2011, and which is also known as Proposition 14. The case is Rubin v Bowen, RG11-605301. The case had been filed by the Green, Libertarian, and Peace & Freedom Parties. The decision can be read on the Court’s web page, but at this time no link is available. END_OF_DOCUMENT_TOKEN_TO_BE_REPLACED 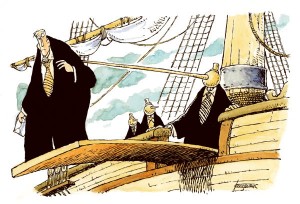 Are you and your neighbors fed up with the policies of your local officials? For over one hundred years, disgruntled Californians have had the option of responding to onerous local ordinances or other government decisions by using the initiative to affect change, but a recent appellate court decision may mean the end of the voters’ right to use the initiative process at the local level.

It is no secret that politicians and bureaucrats detest the initiative process. Government insiders find it annoying that average citizens have the option to place measures on the ballot which can spoil their best laid plans. END_OF_DOCUMENT_TOKEN_TO_BE_REPLACED

“If you just set out to be liked, you will be prepared to compromise on anything at anytime, and would achieve nothing. ”  ― Margaret Thatcher

We wish it was that simple to explain these three women who would claim to be in service to the public.  But it’s not really a compromise they made last week denying the voters of Anaheim the opportunity to fairly and legally select their own District representation on their own City Council. END_OF_DOCUMENT_TOKEN_TO_BE_REPLACED

Rep. John Campbell’s retirement from his California seat will spark a crowded GOP primary, perhaps creating a ripple effect in nearby House districts, according to local Republican sources.

There are already a handful of potential GOP candidates for the 45th District — including GOP Rep. Gary G. Miller — who may consider leaving the 31st District to run there instead. END_OF_DOCUMENT_TOKEN_TO_BE_REPLACED