Carl DeMaio and his partner

Have you wondered why Republican Carl DeMaio, a former openly gay Councilman, who ran against San Diego’s now ousted pervy Mayor, Bob Filner, did not go after Filner on charges that he harassed women, when they faced off last year?

Here are a few excerpts from Dalton’s article: END_OF_DOCUMENT_TOKEN_TO_BE_REPLACED

San Diego Mayor Bob Filner reportedly will resign as part of a deal to settle a sexual harassment lawsuit, according to USA Today.

Filner’s decision to resign comes after three days of closed-door mediation and after six weeks of scandal in the city. At least 18 women have publicly accused Filner of sexual harassment, including one former aide who filed the lawsuit according to the L.A. Times. END_OF_DOCUMENT_TOKEN_TO_BE_REPLACED

The East Coast media do such an amazingly superficial job of covering California politics that it’s no surprise they’re missing the boat on the Bob Filner scandal in San Diego. This is the same bunch that thought the 2003 recall of Gov. Gray Davis was flakey,not an organic outburst of anger over a poorly run state. It’s the same bunch that bought the 2006-07 fantasy that Gov. Arnold Schwarzenegger had discovered a “post-partisan” path to sublime governance. It’s the same bunch that buys the 2013 fantasy that Gov. Jerry Brown is a genius — never mind the high unemployment, the bad schools, the unaddressed budget nightmares, the prisons’ debacle, the bullet train fiasco, etc.

Three ex-supporters repeated their demand for San Diego Mayor Bob Filner (a Democrat) to resign Monday and said he forcibly kissed two constituents and grabbed the buttocks and breast of a staff member, according to the Los Angeles Times, which also reported that:

Filner’s behavior toward women is so egregious that women who work for him call him a “dirty old man” and coined the phrases “the Filner headlock” and “the Filner dance” to describe how he isolates women and then makes unwanted advances, attorney Marco Gonzalez said.

Gonzalez said a sexual harassment claim will be filed with city officials. Also, lawsuits are a possibility, he said.

END_OF_DOCUMENT_TOKEN_TO_BE_REPLACED 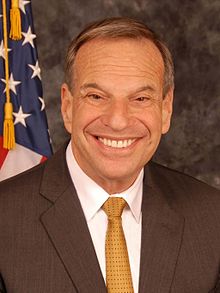 “Federal agents are asking questions about a $100,000 donation to the city made by a developer seeking San Diego Mayor Bob Filner’s approval for revisions to a project in Kearny Mesa. END_OF_DOCUMENT_TOKEN_TO_BE_REPLACED