AD73: Anna Bryson Not a Spokesperson (Official or Informal) for Southern California Edison

Anti-nuclear power activist Joe Holtzman (of Mission Viejo) complains in over-the-top language about Anna scores of times on the web – claiming Anna was a spokesperson for the Southern California Edison power company. Holtzman many times called her “a shill for Southern California Edison” and also said (4/21/14, 7/12/14) that she was “pimping” for the company. Even after the primary election, he called her (7/16/14) a utility-company “pig.”

Holtzman asserted (5/1/14) that Anna never missed “any Edison event.” [In fact, out of all Southern California Edison’s multitude of public events in the area, Anna did once go to one – a presentation on conservation (at the Marriott Laguna Cliffs), which was attended by most of the elected city officials in South Orange County.] END_OF_DOCUMENT_TOKEN_TO_BE_REPLACED

AD73: Park Wrong on Parking – Another Distortion About Anna Bryson

You might think that if your name is “Park,” you would get something about “parking” right. But in the case of Aaron Park, you would be wrong.

Aaron Park smeared Anna for her use of nearby parking, which Park called (5/23/14) “infamous” – parking which she used when she worked for the Orange County government in downtown Santa Ana. She did so because she had to drive to and from the county office building for multiple appointments during the day, so nearby parking added to her efficiency and productivity. Spots for her to park in the county garage were unavailable. END_OF_DOCUMENT_TOKEN_TO_BE_REPLACED

“Mrs. Bryson did not seek, nor was she in a position to seek, American Recovery and Reinvestment Act (ARRA) funding.”

END_OF_DOCUMENT_TOKEN_TO_BE_REPLACED

One of the most fascinating aspects of the “unforeseen funds” controversy is that Anna’s critics never talk about conservative principles. These critics only talk about the fact the members of the teachers union ended up with some more money than they had at one earlier point.

But surely conservative principles like the rule of law and the sanctity of contracts should be the basis for evaluating this contentious issue. END_OF_DOCUMENT_TOKEN_TO_BE_REPLACED

AD73: Critics Mislead About Anna Bryson and Training of Bargainers

The Brough camp has nothing good to say about training labor and management negotiators to bargain in a way that focuses on the explicit interests of each side. Brough-blogger Aaron Park claims (5/2/14) that Anna “voted to spend millions” on training union negotiators. (It wasn’t “millions,” but rather thousands. But Park has never let the facts get in the way of hyping-up a tale.)

Anna indeed took the lead in ensuring that there was money provided (as required by contract) for training administrative officials from Capistrano Unified district-management and their counterparts from a union (CSEA) that represents non-teaching staff. The training is in how to interact constructively during labor negotiations. The labor-relations consultants (Barber & Gonzales) have been used by Apple Computer, Hewlett Packard, and Southern Pacific. In Corona-Norco Unified school district, working with these consultants, has saved an annual figure of over $1 million. END_OF_DOCUMENT_TOKEN_TO_BE_REPLACED 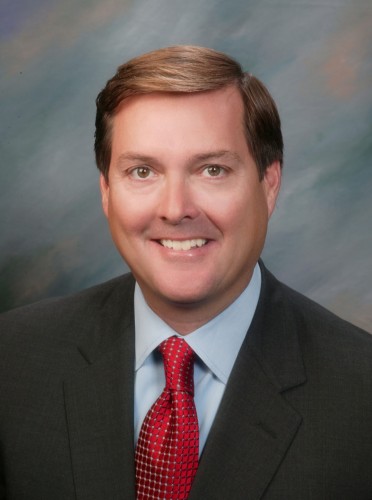