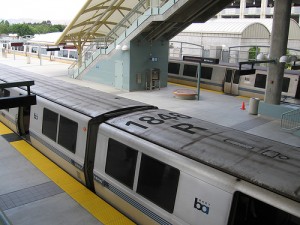 But have times changed in the most liberal chunk of California? Maybe. As John Wildermuth pointed out on Fox & Hounds Daily, the BART strike triggered fury in the Bay Area — with strikers, not management. END_OF_DOCUMENT_TOKEN_TO_BE_REPLACED

Good grief.  Just when you thought the Nadia Lockyer affair and rehab scandal could not get any worse, a sex tape has allegedly emerged, according to the San Francisco Chronicle, which reported that Nadia’s husband, California State Treasurer Bill Lockyer, “believed that the man, who has a history of arrests for alleged methamphetamine use, might make the tape public if forced to break off a romantic relationship with the supervisor.”

Bill accused Nadia’s “ex-lover” of beating her up after she met him at a motel.  “Stephen Chikhani (pictured above), the man Nadia Lockyer is accusing of attacking her, denied her account. He told the Oakland Tribune that the only truths were “that I have a record and that they were separated. … Pretty much everything else was made up by her husband.” The 35-year-old San Jose man has not been charged,” according to the Oakland Tribune, which refused to endorse Nadia when she ran for the Alameda County Board of Supervisors in 2010. END_OF_DOCUMENT_TOKEN_TO_BE_REPLACED

“Alameda County Supervisor Nadia Lockyer, wife of state Treasurer Bill Lockyer, was “violently assaulted” by an ex-boyfriend she met up with at a Newark motel after the Lockyers fought, her husband says ” according to the San Francisco Chronicle.

You might recall that Nadia Lockyer used to be a player in the Democratic Party of Orange County, back when her name was Nadia Maria Davis.  According to a bio, she “was a member of Congresswoman Loretta Sanchez’s legal team and protected the voting rights of new citizens against unfounded accusations. She ran Honorable Lou Correa’s fundraising in his first bid for State Assembly.”  Correa lost that race. END_OF_DOCUMENT_TOKEN_TO_BE_REPLACED