While the downward trend has been encouraging, California’s unemployment is still 12 percent higher than the national average of 7.6 percent. And much of the rural area of the state remains at Great Depression levels of unemployment: Imperial County 23.6 percent, Colusa County 15.8 percent, Sutter County 14.7 percent, Merced County 14.1 percent, Yuba County 13.6 percent. In addition, 23 other counties are still suffering double-digit unemployment, including Los Angeles.

Ironically, hundreds of Alejo’s currently employed constituents and thousands more throughout California could be out of a job if his bill passes, according to opponents of minimum wage hikes. The Employment Policies Institute lists the potential damage: 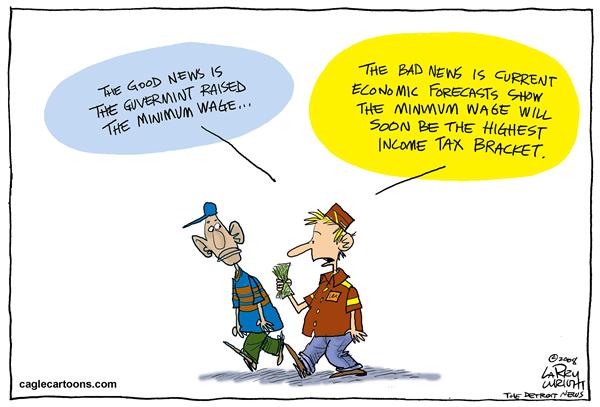 If Alejo is aware of or concerned about those statistics, he didn’t show it at the Senate Appropriations Committee hearing on Aug. 12. He and his supporters asserted that only good things will come from the 25 percent wage hike.

“The bill means a great deal to me,” Alejo said. “In fact, it was the very first bill that I introduced the first day I was sworn into office. Over the last three years I’ve heard that the time is not right, for one reason or another, to raise California’s minimum wage and give workers an opportunity to better care for their families. However, I argue that the time has not been better. By the time this bill goes into effect it will have been six years since the minimum wage workers have been given a raise. And in this time inflation has skyrocketed.

“Raising California’s minimum wage puts more money into the pockets of workers to spend on clothes, food and other necessities. In other words, it gets reinvested back into the economy. They will spend that additional money, because even with this increase they can’t afford to save it.”

Keeping up with inflation

UC Santa Cruz economics professor Robert Fairlie provided the committee with graphs showing that if the $3.10 minimum wage in effect in California in 1980 had kept up with inflation, it would now be $9.20. Ten states tie their minimum wage to the inflation rate, he said, as does the federal government with Social Security and food stamps.