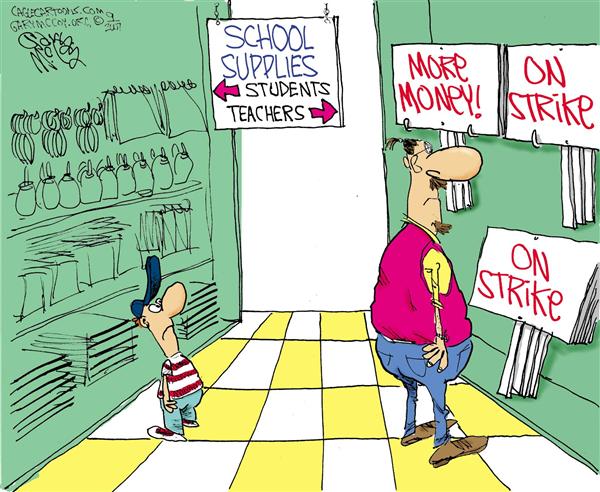 Last week, parents in the Southern California desert city of Adelanto celebrated the opening of the first school transformed under the state’s 2010 parent-empowerment law, also known as the parent trigger. After two San Bernardino County Superior Court judges upheld their petition to take control of foundering Desert Trails Elementary School, parents selected a nonprofit charter operator to reopen the school as Desert Trails Preparatory Academy. But even as parents celebrate their accomplishments in Adelanto and elsewhere, school-reform opponents are renewing their efforts to undermine the law.

Under the law, if a majority of parents with children at a failing public school sign a petition, they can “trigger” a change in the school’s governance, forcing the school district to adopt one of a handful of reforms: getting rid of some teachers, firing the principal, shutting the school down, or turning it into a charter school. The legislation, authored by former state senator Gloria Romero, empowers parents to circumvent sclerotic school boards and obstructionist teachers’ unions. Teachers’ unions recognized the danger at once, which helps explain why California Federation of Teachers president Marty Hittleman called Romero’s bill a “lynch mob provision.”

Desert Trails was a hard-won fight. In January 2012, parents submitted 466 signatures to the Adelanto Elementary School District, representing 70 percent of the 665 students enrolled. Within days, the California Teachers Association launched a counter-petition drive—just as it had done successfully against a parent-trigger petition drive a year earlier in Compton. But this time, parents sued the school district to accept their petition and reject the CTA’s eleventh-hour rescission campaign. (City Journal’s Ben Boychuk chronicles the Adelanto effort in The Beholden State: California’s Lost Promise and How to Recapture It.)

Since the Desert Trails parents won their victory, parents at three other Southern California schools have availed themselves of the law. Parents at Haddon Avenue Elementary School in the Los Angeles suburb of Pacoima gathered some of the signatures they needed to trigger staff and other changes at the school, but they suspended their petition drive when administrators and teachers agreed to an in-district reform plan. At 24th Street Elementary School in South Los Angeles, parents overwhelmingly approved a collaborative partnership between the Los Angeles Unified School District and Crown Prep Academy, a charter operator. Under a plan that takes effect next week, the district will be responsible for instruction in pre-kindergarten through fourth grade, and Crown Prep will oversee fifth through eighth grade. In an unusual circumstance, the United Teachers of Los Angeles, happy to be included in the process, was a willing party to the conversion at 24th Street Elementary. But UTLA chief Warren Fletcher, no fan of the law, warned that the union was “watching what happens at 24th Street and other schools—watching to see if it destabilizes the schools.” What Fletcher doesn’t seem to understand is that poorly performing schools are destabilized already.

(Larry Sand, a retired teacher, is president of the California Teachers Empowerment Network and a contributor to City Journal’s new book, The Beholden State: California’s Lost Promise and How to Recapture It. Originally posted on City Journal.)