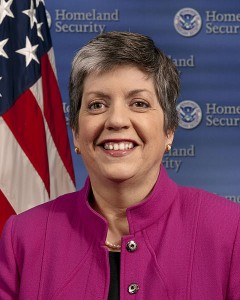 Janet Napolitano is now the new president of the University of California system, despite her lackluster track record as the secretary of Homeland Security and the glaring fact that she has virtually no educational experience under her belt whatsoever.It’s official.

Members of the educational community, faculty and the UC student body have all spoken out against Napolitano’s nomination. Protests sparked upon the announcement of Napolitano’s appointment.

And we can make all the jokes we want on her bringing TSA-style pat-downs to UC campuses, but the new perks she gets as UC president are no laughing matter.

The UC regents approved a base salary of $570,000 per year for the incoming UC president. She also gets an auto allowance of $8,916, free housing and a one-time relocation fee of $142,500. The press release detailing her compensation tried to justify this outrageous sum of money by stating that her salary is “below the 25th percentile of cash compensation for comparable systemwide university presidents, which stands at $617,000.”

“As UC president, Napolitano will receive a base salary of $570,000. Her predecessor’s annual base salary was $591,084, plus an auto allowance of $8,916. She also will receive an auto allowance of $8,916. Her salary is below the 25th percentile of cash compensation for comparable systemwide university presidents, which stands at $617,000. That means more than 75 percent of university system leaders nationally earn more than her annual salary.

“As a condition of her employment and for the convenience of the university, Napolitano will be required to live in housing leased by UC or later, if one becomes available, a university-owned home.

“She also will receive a one-time relocation fee of $142,500 which is 25 percent of her annual base salary.