The downside to this new policy is that many readers may be afraid to voice their opinion as now folks will be able to stalk them via Facebook.  Liberal Orange Juice blogger Greg Diamond, an attorney, once threatened to sue us because we wouldn’t reveal the IP address of a commenter he didn’t agree with.  Imagine what he might do if he could track you down via your Facebook page?

Here is how the Voice of OC summed up their decision: END_OF_DOCUMENT_TOKEN_TO_BE_REPLACED

The at times argumentative, and almost always long-winded liberal Democrat Greg Diamond, who is also a blogger at the Orange Juice, has announced that he is challenging Orange County District Attorney Tony Rackauckas this year.  Diamond is an attorney, which may be the only prerequisite for this office, although he appears to specialize in “plaintiff’s side employment law” cases, not criminal matters.

According to Diamond’s Linkedin page, he is the head of a solo law practice and that he is a graduate of the Columbia University School of Law and the University of Michigan.  The California State Bar Association reports that Diamond’s full name is Gregory Avergon Diamond and that he was accepted into the California State Bar Association in June of 2008. END_OF_DOCUMENT_TOKEN_TO_BE_REPLACED

When I heard that my old friend Tony Bushala was shutting down his incredible Friends for Fullerton’s Future blog I certainly understood his decision.  He never meant to keep fighting forever.  He spent a great deal of his own money trying to help the people of Fullerton and while he succeeded in recalling several terrible Fullerton Council Members, and he was able to help his friend and ally Bruce Whitacker to get elected as well, the downside was that his other great ally, Travis Kiger, lost to liberal Jan Flory on Nov. 6.

Kiger’s loss must have been very hard to take.  I know that I was disappointed to see such a sharp young man lose.  But that’s politics for you.  You win some, you lose some.  And we also lost Chris Norby’s Assembly seat to Sharon Quirk-Silva, a Democrat whose successful campaign probably helped Flory to win as well.

I looked at the current blogs and media in Fullerton and saw a void in the absence of the FFFF blog.  So I decided to start my own blog, which I am calling New Fullerton. END_OF_DOCUMENT_TOKEN_TO_BE_REPLACED 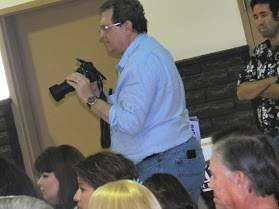 Is Dan Chmielewski one of Orange County’s most influential political bloggers?

GQ just came out with their annual “Top 10 Least Influential people of 2012 list.”  Which gave us the idea to poll our readers about Orange County’s most – and least – influential political bloggers.

The polls are below – you can vote for up to three of the “Most” and “Least influential political bloggers here in Orange County.  If I left someone’s name out please let me know so we can add them to the polls.  Vote now and be sure to tell your friends to vote too! END_OF_DOCUMENT_TOKEN_TO_BE_REPLACED

Alas poor Greg Diamond, the erstwhile DPOC and Occupy “leader” who is running for the 29th State Senate District. The OC Weekly’s R. Scott Moxley has been having fun poking at Diamond in a series of posts that highlight some fun facts:

The Liberal OC blog has won the Orange County Press Club’s 2012 award for “Best News/Political blog” according to a text message I received tonight from Liberal OC editor Dan Chmielewski.  You can read about the awards here.

This is the second such award received by the Liberal OC blog – they won in 2010 as well. END_OF_DOCUMENT_TOKEN_TO_BE_REPLACED